The Most Relevant Facts
Born on a small island (England), I developed a yen for travelling from the age of six months. I spent a big chunk of my life in the USA experiencing extreme variations in landscape and temperature in different states and found it all very charming. The intersection of chance and fate drew me back to Surrey where I live not too far from Box Hill, where Emma behaved so very badly.


Me and Jane Austen
"He is a gentleman; I am a gentleman's daughter: so far we are equal."

So says Lizzy in defiance of Lady Catherine, who tries to intimidate her into realizing how far superior Mr. Darcy's social connection are, but she'll have none of it. Lizzy will not be intimidated.

I love feisty heroines, women who stand up for themselves and refuse to bow down under pressure.

Which is why I like Jane Austen's women. I love the way they refuse to be crushed by the social expectations around them, the inequalities, the limited opportunities. Whether they approach life with a lively playfulness like Lizzy, think they can arrange the lives of everyone in their village like Emma, minimize the damage caused by irresponsible others as Anne does, or accept the hard blows of fate with stoic determination like Elinor -- they are women to be reckoned with. Above all, they are very real. Who could be more real than Catherine Morland, who was clearly not born to be a heroine, and who had "neither a bad heart nor a bad temper."

And then, of course, there is Mr. Darcy. The first romantic hero in English literature. Nothing more needs to be said. 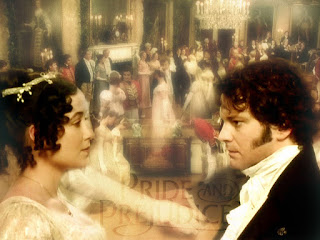 In fact, I admire Austen for all her characters, though perhaps I'd draw the line at Fanny Price, who is a tad too insipid for my taste.

I also love Georgette Heyer, who couldn't be more different from Jane Austen, but whose larger-than-life characters and laugh out loud humor cheer me up on many a gray morning.

Reading
I was a literature professor, so reading used to be my bread and butter. Now I get to do it for fun (though with less greased pockets)!

My reading could best be described as restless, shifting with the clouds. My favorite reading at the moment (this could change at the drop of a bonnet) is C.J. Cherryh, Michael Moorcock, Melissa Scott, Gail Carriger, Melissa Marr, Barbara Eskine, Stephanie Laurens and Julia Quinn.

Writing
I've scribbled away for years, ever since I invented a play at the age of eight. The play was very sad -- I sobbed for an hour at the end. Alas, I no longer possess a copy. Probably just as well.

What I do possess is a stack of journals which I began at age 14. I have no idea whether to consign them to the rubbish heap or keep them in case -- this is what I dream up in my manic, hallucinating moments -- I become extremely famous and someone wants to pay a million dollars for them (posthumously, I suppose).

Along the road to publication I've written several eccentric short stories, a futuristic novel, a time-slip war novel, and sheets and sheets of poetry.


Jane Austen Made Me Do It

For the Austen lovers among you, don't forget to order this exciting new anthology coming out from Random House/Ballantine in October 2011. I was one of a lucky select group to be chosen by Laurel Ann Nattress of Austenprose to be included.

At the moment I'm completing a hush hush Jane Austen-related project to be revealed soon (watch these pages for an announcement).

A Pride and Prejudice-inspired Comedy Adventure 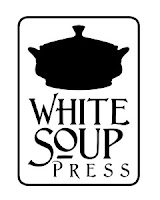