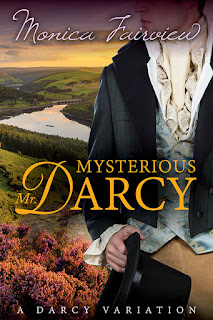 I'm gearing up for the release of Mysterious Mr. Darcy, my new 'what-if' Pride & Prejudice variation. I'm really eager to get this one out, because I have a feeling people will enjoy it. It's my favorite Darcy novel so far.

Here's a discription, to give you a sense of what it's about.

Three years after the original events of Pride & Prejudice, Darcy receives a visit in his isolated manor in Cornwall. It is Charles Bingley, and he has come to ask for a favour…
There is nothing Elizabeth Bennet likes more than a laugh – except for a mystery. From the moment she first encounters Mr. Darcy, she senses he is hiding something. But the more she tries to find out about who he is, the more evasive he becomes. However, Elizabeth soon turns her attention to someone else. As Mrs. Bennet points out, Mr. Darcy is a nobody, and Elizabeth needs to marry someone who can provide for her and her sisters.
Meanwhile, Mr. Darcy doesn’t want anyone to know about the scandal that haunts him from the past. He certainly doesn’t need someone like Miss Bennet, who asks him questions and tries to slip him up. Fortunately, he is more than equal to the task of putting her off. What he doesn’t expect is that before he knows it, he finds himself longing to tell her the truth.
Are Elizabeth and Darcy meant to come together in this variation, or is Elizabeth destined for somebody else?
Note: Mysterious Mr. Darcy is not a mystery. It is a ‘what-if’ in which Mr. Darcy has to deal with the consequences of his past, a past that will change the shape of his future.

I have several chapters of the novel posted on Austen Variations, so if you want a proper preview of the novel, that's the place to find it.  Don't be confused by the title. It was originally called When Pride Prevails before I decided to call it Mysterious Mr. Darcy. 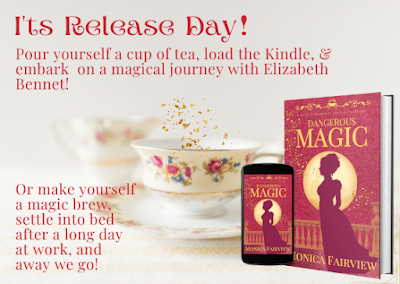