"If one could but go to Brighton!" observes Mrs. Bennet in Pride and Prejudice, "A little sea-bathing would set me up for ever." In my novel Mr. Darcy’s Challenge, she has an opportunity to do so, though not under the best of circumstances (Lydia has gone missing). Not surprisingly, despite Mrs. Bennet’s anxiety about her daughter, she is not about to give up the chance of a lifetime to experience some sea-dipping.

In Pride and Prejudice, Lydia’s trip to Brighton plays a pivotal role. The basic themes of the novel – pride and prejudice, which are two sides of the same coin in many ways – are centered on the fact that people are limited by one-sided perceptions of the world. These perceptions, moreover, are flawed. In a few skilled strokes of the quill, Jane illuminates her characters’ motivations while at the same time showing how each one, in very different ways, is responsible for the disastrous consequences of Lydia’s trip to Brighton. 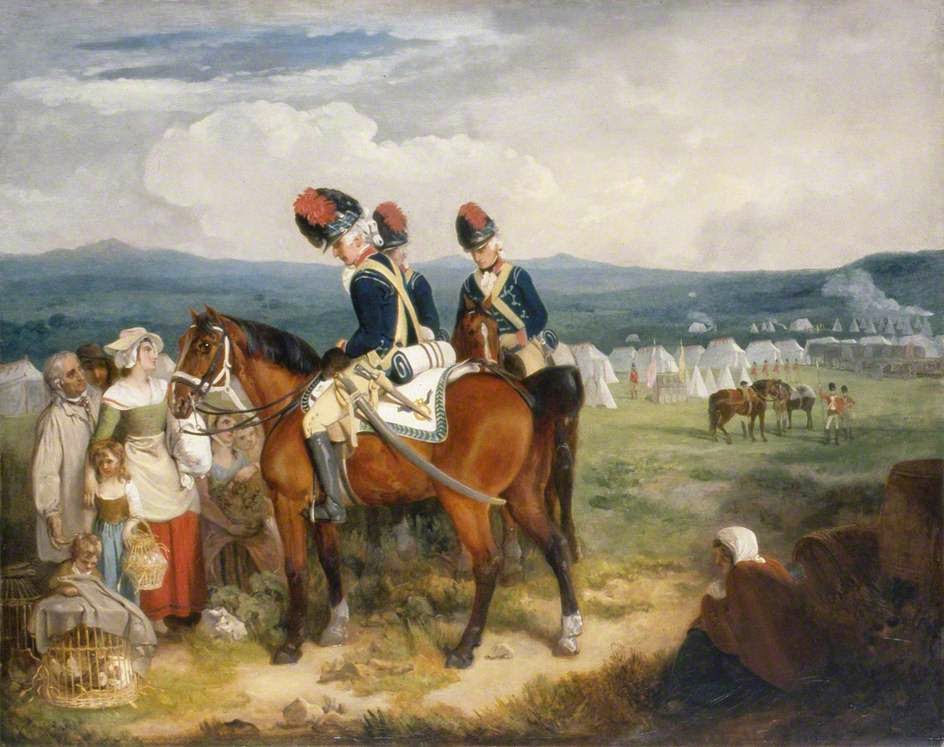 It comes as no surprise that Lydia’s whole world revolves around the officers, and who can blame her, really? She is fifteen, and in a small village like Meryton there are few opportunities to meet young men. For her, the departure of the militia is nothing short of a disaster – so much so that it is almost one of the first things she mentions when she goes to meet Lizzy and Jane at the inn after they return from Hunsford/London.

"They are going to be encamped near Brighton; and I do so want papa to take us all there for the summer! It would be such a delicious scheme, and I dare say would hardly cost anything at all. Mamma would like to go too of all things! Only think what a miserable summer else we shall have!"

Jane Austen provides us with an insight into the workings of Lydia’s mind – and indeed into the fantasies of many a hormone-driven teenager, revealing her vanity as well as her hopes and dreams.

“She saw, with the creative eye of fancy, the streets of that gay bathing place covered with officers. She saw herself the object of attention to tens and to scores of them at present unknown. She saw all the glories of the camp … and, to complete the view, she saw herself seated beneath a tent, tenderly flirting with at least six officers at once.”

Jane Austen is careful to show us that, behind that extraordinary vision, however, there is a certain insecurity. It is no coincidence that after she initially breaks the news of the Brighton plans to Lizzy and Jane, she brings up the subject of marriage, showing that to her, flirting is not just an idle pursuit. 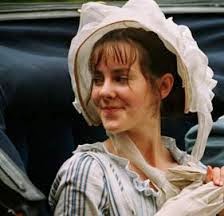 “Have you seen any pleasant men? Have you had any flirting? I was in great hopes that one of you would have got a husband before you came back. Jane will be quite an old maid soon, I declare. She is almost three-and-twenty! Lord, how ashamed I should be of not being married before three-and-twenty!... Lord! how I should like to be married before any of you!”

Under Lydia’s flighty silliness, there is in fact a sense of determination, and she accomplishes what she is determined to do. Unlike her sisters, she will not come back without a husband and she will be married before them. Her perspective is flawed, however, because she does not care how she achieves this goal.

Mrs. Bennet is most adamant about having her daughter go to Brighton. There is a certain wistfulness in her desire to send Lydia to the coast that shows how much she identifies with her youngest daughter. You could almost feel sorry for her, in fact. It is clear that she is saddled with a husband who has little interest in travelling or doing anything exciting. He doesn’t even like to go to London.

“Lydia's going to Brighton was all that consoled her for the melancholy conviction of her husband's never intending to go there himself.”

Evidently Mrs. Bennet feels she has missed out on her own youth. Her lively spirits have been given no outlet when she is married to a man who spends as much time as possible in his library. It is as if Mrs. Bennet has chosen to live vicariously through her daughter. This need to see her daughter enjoy life makes her blind to the dangers of sending her away with the equally giddy Mrs. Forster.

Mrs. Bennet was diffuse in her good wishes for the felicity of her daughter, and impressive in her injunctions that she would not miss the opportunity of enjoying herself as much as possible -- advice which there was every reason to believe would be attended to.

Of the four characters I’m dealing with, Mr. Bennet’s motivation is perhaps the most flawed. In his avoidance of conflict at all costs, he is unwilling to take a firm stance and is so good at side-stepping the issue that even Lizzy is taken in by him.

“Elizabeth saw directly that her father had not the smallest intention of yielding; but his answers were at the same time so vague and equivocal, that her mother, though often disheartened, had never yet despaired of succeeding at last.”


Lizzy believes she understands her father. She thinks he sees things the way she does, but she is proven wrong. The moment the Fosters offer to take Lydia with them, Mr. Bennet is more than happy to yield, as long as it doesn’t require any effort on his part. His initial refusal to allow Lydia to go doesn’t stem from concern for Lydia. It stems from his reluctance to travel. “We shall have no peace at Longbourn if Lydia does not go to Brighton. Let her go, then,” he says.

Apparently, Lizzy is the only one that shows any alarm at the possibility of sending Lydia off unaccompanied. She feels it so strongly, that she is willing to “betray” her sister by arguing against it.

"…detestable as such a step must make her, were it known, she could not help secretly advising her father not to let her go.

Since we identity with Lizzy, it is easy to think that at least she was being sensible. However, Jane Austen doesn’t let her main character off the hook. She very quickly reveals that Lizzy has her own self-interest in mind, and Mr. Bennet is quick to seize on that.

"If you were aware," said Elizabeth, "of the very great disadvantage to us all which must arise from the public notice of Lydia's unguarded and imprudent manner -- nay, which has already arisen from it, I am sure you would judge differently in the affair."
"Already arisen?" repeated Mr. Bennet. "What, has she frightened away some of your lovers? Poor little Lizzy! But do not be cast down. Such squeamish youths as cannot bear to be connected with a little absurdity are not worth a regret. Come, let me see the list of the pitiful fellows who have been kept aloof by Lydia's folly."

Elizabeth’s attempt to persuade her father not to send Lydia fails precisely because it is centered on herself. She is thinking of Darcy and of what he would think of her. This becomes even more complicated when it comes to not mentioning what she knows about Wickham to her father. Again, she shows her motivation is not primarily concern for Lydia. After all, knowing what she knows about Wickham, and knowing that Lydia is bound to meet him, the least she could have done is warn Lydia not to trust him (even if it fell on deaf ears).

Having revealed the flaws inherent in the Bennet’s perception of Lydia’s trip to Brighton and what it means, Jane Austen leaves us with a sense of inevitability. No one person alone is to blame for Lydia’s disastrous choice. Everyone is. Consequently, the Bennets stare ruin in the face.

Thank heavens for Mr. Darcy, who sails right in and makes everything alright. What would we have done without him? 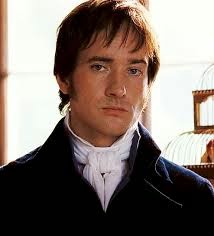