It’s Travelling Tuesday on Austenesque Extravaganza, and here you are on one of the three stops you will be taking on your journey. On any Regency-era journey, you’ll find it essential to halt at inns along the way to exchange your horses and partake of refreshments. On this particular journey, you will be partaking in a refreshing exchange of opinions regarding the nature of Jane Austen’s Rogues. Your three inns today are The Birchall, The Adams and The Fairview. 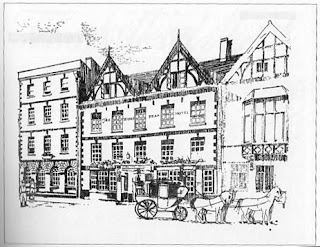 With clearly premeditated planning, some Rogues have caused a boisterous altercation at each of the three inns. Hopefully the altercations will be dealt with quickly or we will need to request the intervention of our kind landlady Meredith of Austenesque Reviews.

Meanwhile, to assess the situation, we have asked one of our innkeepers, a Ms. Alexa Adams, the Authoress of a volume entitled First Impressions: A Tale of Less Pride and Prejudice to provide us with her impressions of the afore-mentioned Rogues in the hope of shedding light on their identities.We have also asked Ms. Adams to explain to us how Jane Austen defines villainy.

Ms. Adams, who are Jane Austen’s Rogues? What do you consider their greatest sins? What punishments have they been given? Do you think any of the said Villains is too agreeable to be punished?

I think the villain I like best is Henry Crawford, because he is wise enough to value Fanny Price as she deserves. It's really a toss up between him and Mr. Elliot, who gets credit for not really being more than an inconvenience, as no one, except perhaps Mr.  Shepard, truly mourns the loss of Mrs. Clay's virtue. Were I asked this question when I first read Austen's books, I would undoubtedly have chosen either Willoughby or Wickham, for they are the most dashing (and the most dangerous), but time has wearied my patience for such creatures. My least favorite is John Thorpe, who I instinctively dislike, his behavior forever making me nauseous.

To return to the question of how Austen defines villainy, I must wonder if John Thorpe, no matter how unpleasant I find him, is truly a villain. He causes a great deal of mischief for entirely selfish reasons, first convincing General Tilney of Catherine's wealth, and then later of her poverty, but I think Diana is correct in noting General Tilney as the  true villain of the piece. It is he who transgresses the laws of  hospitality in expelling Catherine from his home. While he suffers no real consequences for this action, had Catherine come to harm as a result, we must assume that even people as placid as Mr. and Mrs. Morland would have sought some sort of justice.

Isabella Thorpe certainly pays the price for her indiscretions, another example of a woman suffering far more than a man does for the same crime, but it is notable that Austen does not lament such gender inequalities in Northanger Abbey, as she does in Mansfield Park. Perhaps she had yet to consider the question deeply when she wrote NA, and MP reflects a more mature position on the subject? Regardless of her feelings on the fairness of social mores, she continuously advocates the importance of adhering to them, and those characters that transgress are the ones she most thoroughly punishes. This inevitably results in her female characters suffering the greatest from sexual violations, as this is where society imposed the most limitations upon them. So it is that John Willoughby, though guilty of seduction, marries an heiress and has only to regret not having a more pleasant wife, while the poor girl he abandoned must live forever as an outcast. 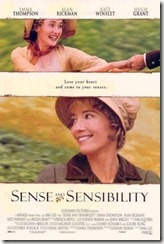 Lucy Steele, as vile as she is, never really does commit any great sin in society's eyes. She should not have eloped, but such sins are forgivable, a notion which helps me to rationalize her rewards. Maria Bertram, on the other hand, is irredeemable, for she has broken her marriage vows. Mrs. Clay's sins are of a lesser variety, being a widow, and so Austen holds out hope she may win the prize and someday marry Mr. Elliot after all. Lydia Bennet, whose actions are really the result of stupidity, she restores, righting the wrongs of society by negating the repercussion to that lady, and forcing Wickham to take responsibility for what he has done. That is perhaps Austen's most satisfying solution to this issue. Let the punishment fit the crime!

I think it interesting that Emma is the only Austen novel without a true villain, the heroine largely serving as her own foil. Frank Churchill plays a double game, but all he is guilty of is misrepresentation (as is Jane Fairfax), and the Elton's are little more than snobs who receive their just deserts. We might enjoy seeing many characters suffer more than they do, like Caroline Bingley or Mrs. Elton, but Austen continuously makes sure that the rewards or punishments of her characters are not dictated by petty vengeance, but rather the rules of her reality. When the censure of the world is not great enough, she relies on emotional turmoil to make the punishment adequate. This leads me to complete the quote on Henry Crawford that Diana began:


"... we may fairly consider a man of sense, like Henry Crawford, to be providing for himself no small portion of vexation and regret: vexation that must rise sometimes to self-reproach, and regret to wretchedness, in having so requited hospitality, so injured family peace, so forfeited his best, most estimable, and endeared acquaintance, and so lost the woman whom he had rationally as well as passionately loved."

Austen makes sure Henry Crawford suffers for his misdeeds, if it be only in mind and not body, which helps rectify the gender inequalities from which he benefits. Nevertheless, I would caution against attributing any feelings of pity for Maria Rushworth to Austen, remembering that she also compounds that lady's punishment by making Aunt Norris her only companion. 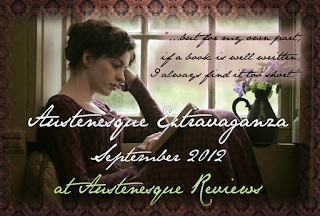 Wickham, Willoughby, and Mr. Elliot all share similar fates, doomed by those they are forced to keep company.

It is through self-reproach that Austen punishes her parental characters who fail in their guardianship. Mr. Bennet, having disregarded Elizabeth's warnings, fully bears the responsibility for Lydia's bad behavior. He even acknowledges how deserving he is of such pain: "...let me once in my life feel how much I have been to blame." Sir Thomas Bertram suffers far more intensely for his failures, all the more poignant  because he was actually trying to be a good father, and Mrs. Norris, Austen's worst guardian, becomes just as great an exile as her niece. Sir Walter Elliot loses his social status, Lady Catherine a husband for her daughter, but General Tilney, to return to my earlier point, never pays a price for his poor parenting. Furthermore, while he can be fairly called a villain (as can Mrs. Norris), I don't think the label appropriate to Mr. Bennet, Sir Thomas, Sir Walter, or even Lady Catherine. What is Lady Catherine guilty of, after all, but being intolerably officious? She is certainly not in the same league as Willoughby, who I think the most reprehensible of Austen's rogues. 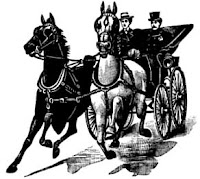 In parting, Ms. Adams has insisted that Ms. Fairview, innkeeper at The Fairview, should answer the following questions most urgently, in order to determine how to deal with the worst of the culprits.

1. Who do you think was punished most severely?
This one is easy. Caroline Bingley, because she didn’t get her Mr. Darcy!

2. Who do you think gets let off most easily?
I think Jane Austen was often too forgiving of her gentleman Rogues, especially of Willoughby. He seduced a young girl and abandoned her without a backward glance. Not the first man to do it, but we get to look at the consequences and of course Brandon’s behaviour is meant to be a contrast to the callous wretch who backbites Brandon when the Major goes off to help poor Eliza, and complains that their outing has been ruined. He then goes on to dump Marianne for an heiress. So yes, I’m with Alexa on that.

I agree with Diana Birchell, too, that Wickham gets off much too easily as well.

3. Do you think the women get a worse punishment than the men?
Yes. Take Pride and Prejudice, for example. Who is the worse of the two: Caroline Bingley, who’s looking for a rich husband, or Wickham, who would have abandoned Lydia to the London slums if Darcy hadn’t paid him off? Yet most readers actively dislike Caroline Bingley, while smiling indulgently at Wickham’s awful behavior. That tells you something about the book’s perspective.

4. If you got to rewrite the ending of any of the novels, who would you choose to punish and why?
I’d punish Willoughby by having the heiress refuse to marry him and by having him involved in a scandal with the wife of an Important Person. The Important Person would challenge him to a duel, but since Willoughby is a very good shot he would kill the Important Person and would consequently be forced to flee to the Continent to escape the law and die there in disgrace and poverty.

I suspect Jane Austen wouldn’t have liked that ending, though. Much too melodramatic. 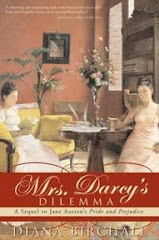 Don’t forget to stop at the other inns along the way to uncover more information about the intriguing Rogues who torment the lives of Jane Austen’s characters. Your next stop on Travelling Tuesday will be involve meeting Diana Birchall, authoress of Mrs. Elton in America and Mrs. Darcy’s Dilemma and of a charming story called “Jane Austen’s Cat” in Jane Austen made Me Do It. Please continue to The Birchall’s Inn, where Ms. Birchall will be hosting the elusive Ms. Monica Fairview who on this occasion has a great deal to say about JA’s Outrageous Rogues.

Meanwhile, please let me know who your Worst and Best Rogues in Jane Austen are. Do you think they get the punishments they deserve?