Snowy Peaks and Volcanic Eruptions: The Year Without Summer

I heartily beg your forgiveness for this lamentable lapse in blogging. I would like to remind you that though I am not blogging here, I am blogging elsewhere, so you can still enjoy my insightful and witty remarks ;-) if you follow my blog tour (dates and locations on the right). 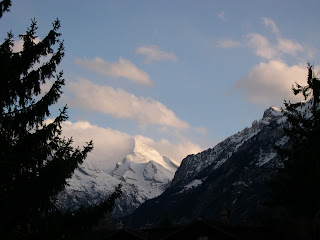 Meanwhile, I'd like to share some photos from a trip I made to Switzerland (you may remember that I have a 100 year old grandmother that lives there) since I can't resist it. Nothing to do with Austen, though there is a strong Regency connection, since Byron and the Shelleys spend the summer of 1816 in Switzerland.
Unfortunately, it was a very unpleasant summer because it was the notorious "year without summer". A cold spell hit the northern atmosphere after Mount Tambora erupted in 1815, sending debris into the atmosphere resulting in weather chaos. Crops failed, leading to food shortages, famine, and riots. The flooding and the cold led to the spread of disease as well. 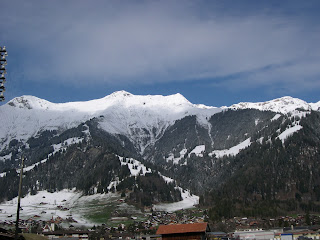 It was in Switzerland, on a dark and stormy night, with the gloomy weather preying on her, that Mary Shelley penned her famous Frankenstein. Imagine Frankenstein's famous monster in the cold snowy peaks above. They look quite beautiful now, don't they? At the time though, the snow was a source of misery for thousands, not only in Europe, but in the Northeast of America and Quebec as well, where thousands of farmers faced financial failure and were forced to migrate. 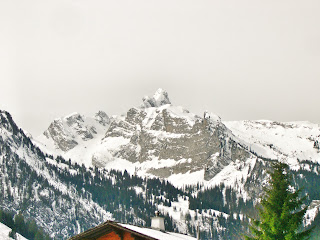 It is certainly a very good thing The Darcy Cousins is set the year before, otherwise it would have been quite impossible for Georgiana and Clarissa to enjoy rowing on the river or visit the ruins of Waverley Abbey.
Email Post
Labels: Mary Shelley The Darcy Cousins Year without summer