Well, there was no disagreement about Elizabeth being a very likeable heroine! 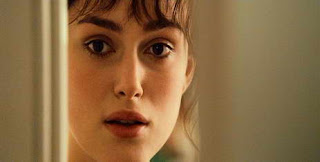 I would have been shocked if there had been. Among her positive qualities people named her affection towards her sister (Laura's Reviews), her determination and ability to stand up to society and marry for love (Meredith), her lack of self-consciousness (Tracygrrrl) and her ability to laugh at her mistakes and move on (Elizabeth B).


Can you think of other qualities which make Elizabeth so endearing? You can add to the answers any time. 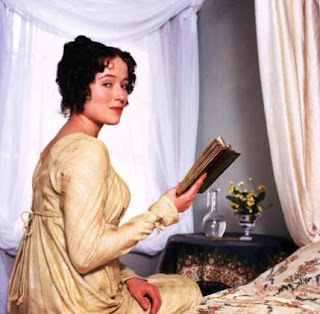 Well, it's raining here in South London. You may think that's the norm here, but in fact it always seems to take us by surprise. People turn very surly on rainy days. It's not at all like when I lived in Oregon, where there would be long stretches when you didn't see the sun at all. Over there, you get used to the on-off drizzle, and of course you have all the jokes about moss growing between your toes, and about recognizing people who weren't from Oregon by the fact that they bother with umbrellas.

In London rain seems to be an insult. People are at their worst when it rains. It's certainly a conversation starter. For while the myth of rainy London doesn't seem hold (but perhaps I have a skewed view of things, having lived in the American Northwest for three years), the legendry conversation about the weather typical of the English definitely does. But this is because the weather shifts and changes constantly. It's very unpredictability leads to good conversations. If it rained constantly, there wouldn't be much to say, would there?

It's time for the question of the day, which hopefully is an easy one for the weekend.

What makes Mr Darcy a hero? (If you wish, you can compare him to other heroes of 19th century novels)
Email Post