To Do or Not to Do: Jane Austen sequels and the shaky bandwagon

I’m “jumping on the bandwagon” and entering the discussion started by Kathleen (Leave Auntie Jane Alone) and picked up very humorously by Diana Birchell, Jane Odiwe and Helen Halstead about Jane Austen sequels and whether they should be discontinued. (I’ll give you the links at the bottom, but I don’t want you going off just yet!). Odiwe’s defence of Jane Austen sequels is so logically argued that I would want to reproduce it here, but since this is my blog and I’m planning to give you my perspective, I’ll send you her way after I’ve added my argument to hers.

“Jumping on the bandwagon,” is a phrase often used when you tell someone you’re writing a Jane Austen inspired novel. The implication is, of course, that you are in it for the money or because it’s an easy way to be published or something of that sort. Which is an odd kind of logic, because it seems to me it’s a lot easier to write a novel in which you can create your own characters, you can use your own language, and you don’t have to read Jane Austen before you start writing. And if you compare the actual number of Jane Austen sequels to the number of, say, chick lit books being published or detective novels, or thrillers, you’ll see your odds statistically of being published if you write a Jane Austen sequel is a definitely down at the bottom of the imaginary ladder.

In my next two blogs I plan to show that the phrase is no more appropriate to Austensque novels than saying Trekkies are into Star Trek because they want to make money. In my next posts I'll rise to the defence of the Austen sequel by debunking some popular myths about Jane Austen inspired writing.

2. Myth: There is something unusual, self-serving, or artificial about Jane Austen sequels. Writers who find inspiration in other writers are incapable of being original..
Reality: People have creatively borrowed characters, themes, and plots from other writers/literary masterpieces since the time of Homer. For centuries, poets, sculptors, painters and writers in the West have borrowed from Greek mythology and literature. The most cursory look at the history of literature will show that literary production is essentially cannibalistic (though not necessarily Zombie-style) (I should mention here that I have a degree in Comparative Literature, which is basically all about how writers borrow from each other). 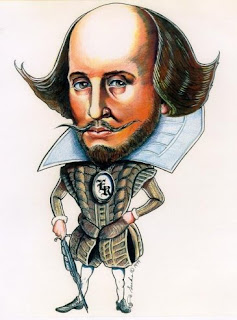 from earlier writers/figures. And in turn, Shakespeare has been rewritten, used as inspiration, and parodied endlessly. Does anyone rise up in arms if somebody writes a new variation on Romeo and Juliet? (I can see that the Tempest has definite sea monsters potential). Did you know that a Shakespeare for families was produced during the Regency period that was purged of anything that could be considered problematic? And that if you lived during the Victorian era you were likely to see a version of King Lear or Romeo and Juliet with a happy ending?

As promised, here are the links:
Leave Auntie Jane Alone with response from Birchell, Odiwe and Halstead